Kali Linux Download is the latest release of Microsoft Store as an open source for incorporating tools such as Sglmap, Skipfish, Wireshark, Metasploit Framework, THC-Hydra, and so on to penetrate testing, security research, computer forensics, and reverse engineering. The best utility for the security community is compatible with Windows Subsystem for Linux, a feature of Windows 10 to run native Linux command-line tools, Bash, and other tools that are not available in the previous versions. The feature is an alternative for virtualization and adds versatility to Windows 10.

Kali Linux is a professional penetration testing and forensics toolkit that demands the complete integrity of your tool. Keep in mind, a downloading the tool from the official website of Kali as a bogus version can create a big crash. To avoid such a situation go to the official page and browse them with help of SSL. You need to verify the validity of the downloaded page using the following three different methods;

Try to complete any one of the methods to successfully validate your ISO image file with the surety of obtaining a correct official file without any tampering.

A small team of Mati Aharoni, Devon Kearns, and Raphael Hertzog of Offensive Security developed the Kali in 2013. It is built on Debian Wheezy while offering multiple packages. The reason for reducing the team to a small number was to complete the Linux repo platform in a secure environment to save it from data leakage or security exploits. It is including with commonly used security audit packages such as Nmap, Burp suite, OWASP ZAP, Aircrack-ng, John the Ripper, Wireshark, Airgeddon, Metasploit Framework, Arjun, DNSGen, Shellshock, Wget, Chisolm, GitLeaks, DumpsterDiver, HTTProbe, PSKracker, Bluesniff, and so on. Additionally, the latest versions offer support auditing security for Apple Silicon using Kali ARM services.

It is 100% free of charge services with 4GB ISO archive online distribution. It is compatible with ancient i386 up to all the latest style digital machines including modern PCs, laptops, Chromebooks, Raspberry Pi, Galaxy Note smartphones, and so on. Additionally, it can be run on a PC, booted from a live CD or USB, and on a virtual machine.

How to enable WSL on Windows

How to Enable Virtual Machine on Windows

Enabling of virtual machine platform on your system is an optional feature, yet great and powerful. You need to follow the same instruction as for the ‘WSL enabling’ process to install as well as enable the feature on your system. It will take more than 1 minute to complete the enabling process. On completing the process, you are ready to install Kali Linux on your system.

It is a powerful platform for utilizing a lot of the latest tools that have not existed previously. It is the best choice for any Linux user including with well-organized tools while offering a completely secure environment. 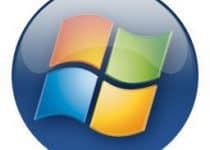 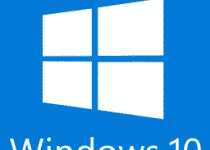